Day 1: Arrive Paro
Flying into Bhutan through Drukair will be wonderful start of your trip to Bhutan.Your journey to Bhutan will be wonderful with exciting scenery of foothills, green vegetation and landscape and Himalayan mountains covered by snow. With an exciting journey, you will finally reach to your much awaited destination, Bhutan. On arrival at Paro airport and after clearing custom and immigration, you will be met by our representative and will then be transferred to the hotel. Evening take a stroll around Paro market and town. Overnight at the hotel in Paro.
Day 2: Paro
Visit Ta Dzong (built in1656 and renovated in 1968), an ancient watchtower, which now houses the National Museum. Then walk down the trail to visit Paro Dzong (Rinpung Dzong), built during the time of Zhabdrung Ngawang Namgyal in 1646. It now houses the Paro monastic school and office of the civil administration. Also Rinpung Dzong is the venue of Paro Tshechu, held once a year in spring. Afternoon drive up the valley to the Drukgyel Dzong or the Fort of Drukpa victory. From this fortress Bhutanese repelled invasion by Tibetans throughout the course of history. Looming above the smoldered ruins is the snowcapped peak of Mt. Chomolhari. Also visit traditional Bhutanese Farm House, nestled below the dzong. Then drive towards Paro town en route visiting Kyichu Lhakhang, one of the oldest monasteries of the Kingdom reflecting introduction of Buddhism in Bhutan. Dinner and overnight at the hotel in Paro.
Day 3: Paro – Thimphu, 55 km, 2 hours
After early breakfast, take an excursion to Taktsang Monastery. A very special day, with an excursion to view the spectacular Taktsang (Tiger's Nest) monastery, which is one of the most famous of Bhutan's monasteries, perched on the side of a cliff 900m above the Paro valley floor. It is said that Guru Rinpoche arrived here on the back of a tigress and meditated at this monastery and hence it is called 'Tiger's Nest'. This site has been recognised as a most sacred place and visited by Zhabdrung Ngawang Namgyal in 1646 and now visited by all Bhutanese at least once in their lifetime. Afterwards, drive to the capital, Thimphu. En route visit the Simtokha Dzong, one of the oldest fortresses of the country which now houses the School for religious and cultural studies. Overnight at the hotel in Thimphu.
Day 4: Thimphu
This is your day to discover Thimphu. After breakfast visit Trashichhodzong, the beautiful medieval fortress/monastery which houses most of the Government's office and King's Throne room It is also the summer residence of Je Khenpo, the Chief Abbot. Then visit National Library which hold a vast collection of ancient Buddhist texts and manuscripts. After that visit Painting School, famous for traditional thangkha paintings. Here you will see, students at work producing intricate design on cloth. Also visit to Traditional Medicine Institute is worthwhile where centuries old healing arts still practiced. Later visit, Textile and Folk Heritage Museum, a fascinating testimony of the Bhutanese material culture and living traditions. After lunch, visit the Handicrafts Emporium and local shops for souvenirs ranging from Bhutan's fine traditional arts, textiles, thangkha paintings, masks, ceramics, slate and woodcarvings, jewelers to other interesting items made from local materials. Then drive to Memorial Chorten, the stupa built in the memory of Bhutan's Third King who is popularly regarded as Father of modern Bhutan.

Overnight at the hotel in Thimphu.
Day 5: Thimphu – Punakha, 75 km, 3 hours
After visiting the local market and town, drive to Punakha across Dochula pass (3,080m). In Bhutan, the passes are marked by a large Bhutanese Chorten and prayer flag. Dochula pass offers the most spectacular view over the high peaks of the eastern Himalayas on a clear day. Upon arrival in Punakha, check into the hotel. Untill 1955, Punakha served as the capital town of Bhutan and still it is the winter seat of Je Khenpo, the Chief Abbot. Visit to Punakha Dzong, built by Zhabdrung Ngawang, Namgyal in 17th century and situated at the junction of Pho Chu and Mo Chu rivers. Overnight at the hotel in Punakha.
Day 6: Punakha - Wangduephodrang -Gangtey (Phobjikha), 70 km, 3 hours
After breakfast drive to Gangtey via Wangduephodrang. Visit majestic Wangdue Dzong and interesting local market. Further ahead pass through dense forests and oak, rhododendron tress, reaching at Gangtey (Phobjikha). Evening take a walk around Gangtey village and visit Gangtey Gompa, the only Nyingmapa monastery in this region. Overnight at Camp / Guest House.
Day 7: Gangtey (Phobjikha) – Trongsa, 128 km, 4.1/2 hours
Morning explore Phobjikha valley for Black Neck Cranes and later drive to Tongsa across Pelela pass (3,300m). En route visit the beautiful 18th century Chendebji. The landscape around Tongsa is spectacular and for miles on end the dzong seems to tease you so that you wonder if you will ever reach it. On arrival, check into the lodge. Dinner and overnight at the lodge in Tongsa.
Day 8: Tongsa - Bumthang (Jakar), 68 km, 3 hours
Morning visit Tongsa Dzong, the largest Dzong in Bhutan and the Ta Dzong (museum housing a collection of historical artefacts of the Royal Family). After lunch drive to Bumthang via Yongtala Pass and Kilakha Pass. Overnight at the lodge in Bumthang.
Day 9: Bumthang
In the morning visit Kurjey Lhakhang, one of the most sacred places in the kingdom where Bhutan’s patron saint Guru Rinpoche meditated and also visit 7th century Jambay Lhakhang. Like Kyichu Lhakhang in the Paro valley, this temple is said to be the first that King Songtsen Gampo of Tibet constructed in 7th century. Afternoon visit Tamshing Lhakhang, founded in 1501 by Pema Lingpa. It contains interesting and ancient Buddhist paintings. Later see the Jakar Dzong, "the dzong of the white bird". Evening take a stroll through Bumthang market area. Dinner and overnight at the lodge in Bumthang.
Day 10: Bumthang – Mongar, 198 km, 7 hours
Check out from the hotel after breakfast and proceed on a drive to Mongar. The drive takes about six hours and the views en-route is spectacular. You will get to see interesting village sights and panoramic views of the valley of Sengor. Afternoon, visit Mongar Dzong, built albeit quite recently, the dzong still maintains the architectural traditions of old dzongs. Overnight at the lodge in Mongar.
Day 11: Mongar – Trashigang, 96 km, 3 hours
The first part of the journey is through leafy forest filled with ferns. After driving through the Kori-la pass (2,450m/8,040ft), marked by a pretty chorten and a mani wall, we descend rapidly through corn fields and banana groves to reach the famous zigzag road just below Yadi, a fairly recent and now fast growing settlement. After that follows the Gamri river until the bifurcation to Dametsi, this temple perched on top of steep hill was founded by Choeden Zangmp and is the most important monastery of eastern Bhutan. This is the place from where famous Naga Chham, mask dance with drums originated. About 30 km onwards lies Trashigang at 1000m. Trashigang is the centre of the biggest and most populated district in the country. After lunch visit Trashigang Dzong, standing at the extreme end of the spur, overhanging the Gamri river. It serves as the administrative seat for the district and part of the Dzong is occupied by the Drukpa monastic community. Overnight at the lodge in Trashigang.
Day 12: Trashigang (excursion to Trashiyangtse)
After breakfast, visit the temple of Gom Kora, set on a small alluvial plateau, overlooking the river. Gom Kora is a famous place where Guru Rinpoche subdued a demon. Further ahead reach to Doksum village where you can see women busy in weaving traditional Bhutanese fabric and a chain bridge dating of the 15th century. Visit Trashiyangtse Dzong, which overlooks the town and was built in the late 1990s when the new district was created. If tme permits, visit the dazzling white stupa of Chorten Kora on the riverbank below the town and Art School. In the evening, return to Trashigang. Overnight at the lodge in Trashigang.
Day 13: Trashigang - Samdrup Jongkhar, 180 km, 6 hours
Drive to Samdrup Jongkhar. En-route see Sherubtse College, the only college in country founded in 1978. Also visit the Zangtho Pelri temple built in 1978 by the late Minister of Home Affairs. It represents Guru Rinpoche's paradise. Stop at Khaling to visit the Blind School and Weaving Centre. From here the road descends fairly rapidly to the plain through a dense tropical forest with an abundance of teak, bamboo and ferns. Overnight at the lodge in Samdrup Jongkhar.
Day 14: Depart Samdrup Jongkhar
After breakfast transfer to Bhutan border where you will be picked up by Indian agent for onward program. Our representative will bid you farewell. 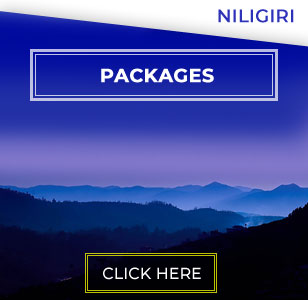 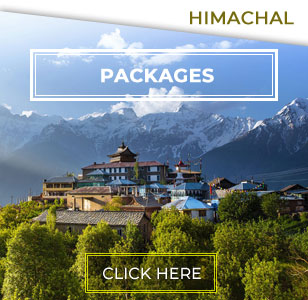