Golden Triangle with Khajuraho and Varanasi

Day 1: Arrival in Delhi
Upon arrival in Delhi, you will be received by our Hello Holidays, who will escort you to your pre-booked hotel.

Delhi built on the banks of river Yamuna is officially capital of India and beautiful blend of ancient past and vibrant present. In 1912, the capital of India was shifted in Delhi from Calcutta.

Delhi is said to be one of the existing cities in the world along with Jerusalem and Varanasi. Legend estimates it to be over 5000 years old and said to have been built and destroyed 11 times.

Overnight stay at Hotel.
Day 2: Delhi- Jaipur (255 kms, 06 hrs)
After breakfast drive to Jaipur. Jaipur,largest and capital city of Rajasthan was  started to built by Jai Singh 2 in 1727, a kuchhwaha Rajput who ruled this region from 1699 till 1744. Initially Amer was capital of kuchhwaha Kingdom which is 11 kms far from Jaipur, later Sawai  Jaisingh felt the need of shifting his capital from Amer to Jaipur because of safety reasons as  Amer was likely to be attacked by Mughal rulers It is also termed as Pink city as whole city was colored in pink to welcome Edward, Prince of wales. The city of Jaipur was built on the basis of Shilpshastra with the help of Bengali Architecture.

Upon arrival at  Jaipur, check into Hotel.  Later after after refreshment proceed to visit Babu Market.

Later  at evening drive to Chokhi Dhani to have dinner. Chokhi Dhani meaning special village is mock rajasthani village which is 18 kms from Jaipur and is fun place to take the kids. There are open air restaurants where you can enjoy tasty Rajasthani Thali and some live cultural performance.

Later return to Hotel. Overnight stay at Hotel.
Day 4: Jaipur-Agra (245 kms, 06 years)
After breakfast drive to Agra. Enroute visit Fatehpur Sikri. Fatehpur Sikri has been included in the list of  UNESCO WORLD HERITAGE SITES and was built by Mughal Emperor Akbar. Mughal Emperor wanted to built Fatehpur Sikri as his head quarters but he had to abandon due to shortage of Water.

Upon arrival at Agra, check into Hotel.

Agra situated on the banks of river Yamuna is home to iconic Taj Mahal which was built by Mughal Emperor Shah  Jahan in the memory of Mumtaj Mahal who died in childbirth in 1631.

Later at evening enjoy Taj Mohabbate Show, which is live entertainment show to tell the story on Taj Mahal.

Note- Taj Mahal is closed on Friday. Overnight stay at Hotel.
Day 6: Agra- Jhansi- Khajuraho (Jhansi- Khajuraho-180 kms, 04 hrs)
After breakfast drive to Railway station to catch Jhansi bound Train. Upon arrival at Jhansi, you will be received by our Hello Holidays who will assist you to meet with your driver. Later drive to Khajuraho, en route visit Orchha. Orchha is medieval city located on banks of river Betwa river. It was bulid by a king named of Rudra Pratp singh in 1501. Visit Orchha Fort and Chaturbhuj Temple.

Upon arrival at Khajuraho, check into Hotel. Later after refreshment proceed to visit Western and Eastern Temple.

Khajuraho group of Monuments is located in Indian states of Madhya Pradesh in Tikamgarh Districts. Mainely khajuraho is popular for Nagra styled architecture temples which were bulit by Chandela Dynasty between 840 to 1050 EC. Historical records note that there were 82 Temple but of which only 20 temple were survived.

At evening enjoy sound and light show  inside temple narrated by Amitabh Bachan.

Upon arrival at Varanasi Airport, you will be received by our Hello Holidays Representative who will escort you to your pre-booked Hotel.

Varanasi also know as Banaras is a city in Indian State of Uttar Pradesh dating back to 11th Centuary BCE. Being spiritual capital of India, this city draws pilgrims who take bath in holy river Ganges, sacred waters and perform funeral rites.

At evening drive to a point where you will board in Rickshow to reach Dashwamedh Ghat to witness  live Ganga Aarti.

Overnight stay at Hotel.
Day 8: In Varanasi
Early morning drive to Dashwamedh Ghat for boating. Boating on river Ganges is best way for mystical and spiritual experiences where you can see people offering water to Sun God and taking dip into Ganges river.

Later after boat ride, proceed for Hanuman Temple and Kashi Vishawanath Temple which are near to Ghat.

Later after breakfast and refreshment proceed for sightseeing tour of Varanasi visiting below mentioned places.

Later drive to Sarnath which is 15 kms from Varanasi. Sarnath is associated with Budha Religion. There is deer park where Gautam Buddha is believed to delivered his first sermon to his five disciples and thus first sanga was formed.In sightseeing below mentioned places are included.

Upon arrival at Delhi Airport you will be received by our Hello Holidays Representative.

Extra Supplement of actvities if availed: 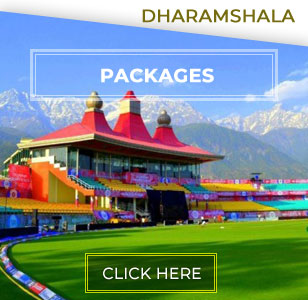 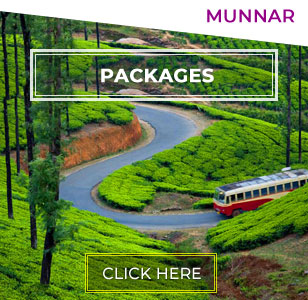