Sri Baktha Hanuman Temple,Ramboda – (Approximately 1 ½ Hrs Drive) - On these hills of Ramboda where Hanuman was searching for Sitadevi, the Chinmaya mission of Sri Lanka built a temple with Hanuman as the presiding deity. On every full moon day special pooja”s are conducted and witnessed by thousands of devotees.

Check in at the hotel.

Gayathri Pedam - It is believed to be the place from where King Ravana”s son Meghanath propitiated Lord Shiva with penance and poojas and in turn was granted super natural powers by lord Shiva.
Day 3 : Nuwara Eliya
After breakfast commencing a sight seeing in Nuwara Eliya.

Nuwara Eliya - The ‘Little England’ of Sri Lanka, is set against beautiful backdrops of Mountains, Valleys, Waterfalls and Tea Plantations. It is supposed to be one of the coolest places in the Island, but it is really just like an English spring day, although the temperature does drop at night. All around Nuwara Eliya you will see evidence of the British influence, houses like country cottages or Queen Ann style mansions.

The Victoria Park, in the middle of the town, is a lovely place for a stroll or a picnic and is also good for Birding as you get some rare birds in this Park.
Seasons may be absent elsewhere in Sri Lanka, but here you can read them by the flowers, which bloom in the spring (march to May) and the fall (August and September). These are the “seasons” when low-country folk flock to Nuwara Eliya to escape the sea level heat and humidity.

On completion visit the Hakgala gardens.
The Hakgala Botanical Garden was one of the pleasure gardens of King Ravana of the well-known epic Ramayanaya. This garden was expanded during the British period and has a wide variety of flowers including an excellent collection of orchids

This is the exotic pleasure garden where king Ravana kept the depressed Sita, insisting that she marry him. It was here where the heart-warming meeting took place between her and Hanuman, who brought her Rama’s ring with the news that Rama was looking for her. He offered to carry her back but she refused saying it would be an insult to Rama’s honour if he did so. Part of this majestic garden still exists. It is also said that Hanuman nearly destroyed it in order to prove to Ravana of the forces against him.
Day 4 : Bandarawela
After breakfast proceed to Bandarawela,En route visit Seetha Amman Temple, Seetha Eliya.

Seetha Amman Temple, Seetha Eliya. – (Approximately 20 Minutes Drive)
The stream that runs from the hill, catered to the needs of Sitadevi during her stay at Ashoka Vatika. She is said to have bathed in this stream. Now there is a temple erected for Lord Rama, Sitadevi, Luxshmana and Hanuman by the side of this stream. It is interesting to note that foot prints akin to Lord Hamunams are found by this river -some small and some large

Thereafter proceed to Divurumpola situated in Nuwara Eliya Welimada road.
Divurmpola (Approximately 1 Hrs Drive)
Divurmpola means a place where one takes an oath. Sitadevi, after being liberated from King Ravana was subjected to a test to prove here chastity by offering herself to the fire. However she came unscathed and proved her holiness during this ritual at this place.

Sitawaka, situated near Avissawella on a tributary of the Kelani Ganga (river). Not surprisingly it derives its name from Sita, who is supposed to have been imprisoned by Ravana in a grove in this neighborhood.
Day 6 : Colombo Sightseeing and Departure
After breakfast proceed to Panchamuga Anjaneyar Temple.

Panchamuga Anjaneyar Temple.
* A temple dedicated to Anjaneyar in Sri Lanka.
* This is the only temple in the world to have a chariot of Anjaneyar.

Thereafter commence a tour of Colombo, which includes time to do the shopping.

* Colombo - a drive through the city taking you to the busy commercial areas as well as the tree-lined residential, Cinnamon Gardens. Visit Fort, the former British administrative center and military garrison, Sea Street - the Goldsmith's quarters in the heart of Pettah, the Bazaar area, where there is a Hindu Temple with elaborate stone carvings, and the Dutch Church of Wolfendhal dating back to 1749. The historic Dawatagaha Mosque and the former Eye Hospital are two buildings in Cinnamon Gardens worth looking at. Also visit the BMICH, see the replica of Avukana Buddha and the Independence Square.

Thereafter transfer to the airport for the departure flight. (Approximately 1 Hrs Drive) 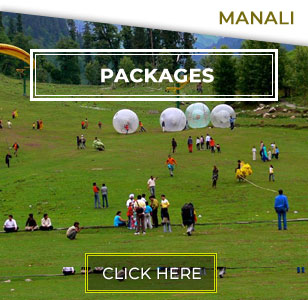 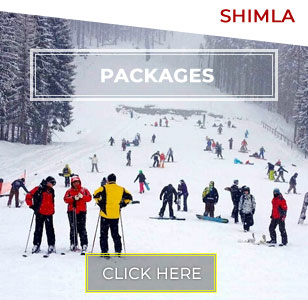