Day 1 : Sigiriya
Arrival in Sri Lanka .You will be met by our Representative at the Airport and transferred to Sigiriya (Approx 152 km & 4 hrs drive) En route visit Pinnewela Elephant Orphanage. (DEPEND ON THE ARRIVAL TIME)

Pinnawela Elephant Orphanage – App. 55 miles from Colombo, off Colombo- Kandy road is Pinnawela, where an orphanage was started in 1975 to house the abandoned and the wounded Elephants. The number of elephants has increased to more than 40 now, including baby Elephants brought from various parts, as well as the babies born, as a result of the captive breeding programmed.

Thereafter proceed to Sigiriya. Check in at the hotel. OVER NIGHT STAY AT SIGIRIYA
Day 2 : Sigiriya
After breakfast commencing a sight seeing in Sigiriya & Dambulla.

Sigiriya – is a “World Heritage Site” and the 5th Century “Fortress in the Sky” which is perhaps the most fantastic single wonder of the Island. It is also known as Lion Rock because of the huge lion that used to stand at the entrance to the Palace on the summit of the 600-foot high rock. On its summit are the foundations of the Royal Palace, Water Tanks to supply water and all other buildings and at the edges the guardhouses. On one of the stairways the only known ancient work of Sinhala secular painting survived in the form of Frescoes of 21 life sized damsels in all the freshness and delicacy of their original colour. The Water Gardens, Fountain Garden, summerhouse, Boulder Gardens and the Caves with the enclosed are should not be missed.

Dambulla - is a vast isolated rock mass 500 feet high and a mile around the base. Here is found the famous Rock Temple dating to the First Century B.C. The caves of Dambulla sheltered King Walagamba during his 14 years of exile from Anuradhapura. When he regained the throne he built the most magnificent of Rock Temples to be found in the Island. In the first Cave is a recumbent image of the Buddha 47ft long cut out of the Rock. There are images of deities associated with Buddhism all around. The frescoes on the walls and the ceiling are the oldest here but they are over painted in the Kandy period. In the Second Cave, the finest and the largest of all, there are 150 life-size statues of the Buddha in various postures with few statues of Gods and Kings. The ceiling is also covered with frescoes, which depict great events in the life of the Buddha and landmarks in the history of the Sinhalese people.

Return to the hotel. OVER NIGHT STAY AT SIGIRIYA.
Day 3 : Kandy
After breakfast proceed to Kandy (Approx 90 km & 3 hrs drive)

Kandy – the hill capital is another “World Heritage Sites”. It was the last stronghold of the Sinhalese Kings during the Portuguese, Dutch and British rule and finally ceded to the British in 1815 after an agreement.
To the Buddhist of Sri Lanka and the World, Kandy is one of the most sacred sites as it is the home of the “Dalada Maligawa” - Temple of the Sacred Tooth Relic of Lord Buddha.
Close by are the remains of the Royal Palace (Maha Wasala), Palle Wasala- where the Queens stayed-now used for the National Museum, Meda Wasala where other close relatives lived, Audience Hall, Natha Devala and Vishnu Devala are situated. The Bathing Pavilion (Ulpenge) is by the Lake and in the Center of the lake is the Island called “Kiri samudraya” (Milk white ocean) used by the kings as the summerhouse.
Today it is the center of Buddhism, Arts, Crafts, Dancing, Music and Culture. Visitors can see these Dance & Music at the daily Cultural Performances held at several places in the city.

After noon commencing a sight seeing in Kandy including Upper Lake Drive, Market Square, the Temple of the Sacred Tooth Relic and Royal Botanical gardens.

Temple of the Sacred Tooth Relic - ever since 4th Tooth was brought to Sri Lanka hidden from sacrilegious hands in an Orissan princess’ hair, the Relic has grown in repute and holiness in Sri Lanka and throughout Century A.D, when the Buddha’s the Buddhist world. It is considered Sri Lanka’s most prized possession.

Royal Botanical Gardens, Peradeniya, Sixty Seven hectares of exquisite beauty and botanical treasurers containing more than 4000 species, this is haven not only for Scientists but to every nature lover as well.

Rest of the day at leisure. OVER NIGHT STAY AT KANDY
Day 5 : Negombo
After breakfast proceed to Colombo (Approx 120 km & 3 hrs drive)

After noon commencing a city tour in Colombo with shopping.

Colombo – is the business and commercial center and the new capital is Sri Jayawardhanapura Kotte, which is only a few miles away. Colombo was only a small seaport, which came into prominence in the 16th with the arrival of the Portuguese in 1505 and the development of it as a major Harbour during the British period and became the capital in 1815 after Kandy was ceded to the British.
The remains of the buildings during the period and the Portuguese, Dutch and British rule are found in every area of the city.
None of the Portuguese & Dutch fortifications are found today but some of their buildings and churches could be seen in the Fort & Pettah areas.
Visit Fort, the former British administrative center and military garrison, Sea Street - the Goldsmith’s quarters in the heart of Pettah, the Bazaar area where there is also a Hindu Temple with elaborate stone carvings, the Kaymans Gate with the Belfry at the original gate to enter the Fort, the Dutch Church of Wolfendhaal dating back to 1749, Kelaniya Buddhist Temple, Davatagaha Mosque, Colombo Museum and the Natural History Museum are some of the sites to be visited. Also visit the BMICH (Bandaranaike Memorial International Conference Hall), see the replica of Avukana Buddha and the Independence Square.

Rest of the day at leisure on the beach. OVER NIGHT STAY AT NEGOMBO
Day 07: Departure transfer to Airport
After breakfast transfers to Airport to connect departure flight. 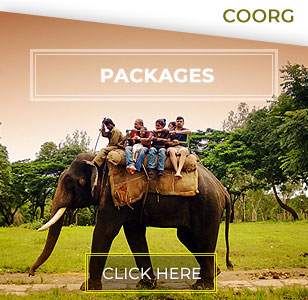 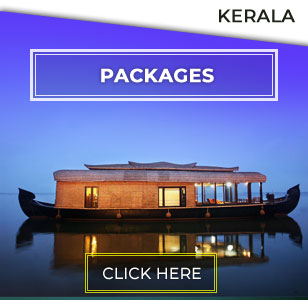